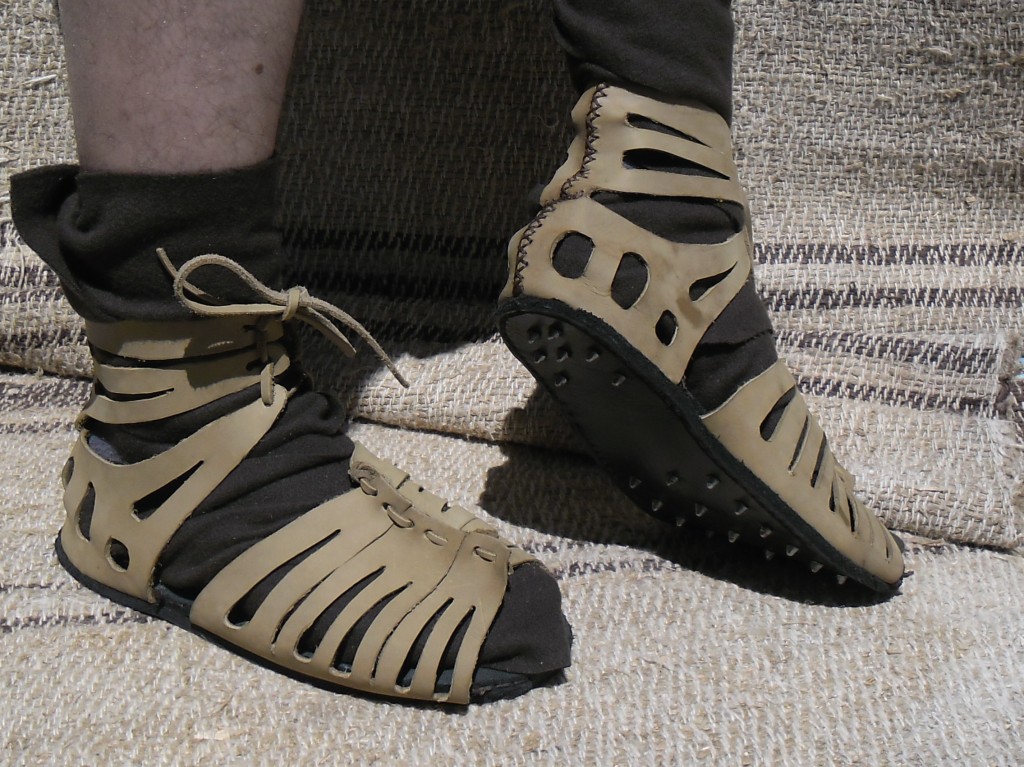 This winter, Chigot received an order from the local museum of Pernik for a couple of full outfits. The outfits included two fully armed legionnaires from the second and the forth century. As a member of Chigot, I was asked to make some roman footwear and clothing. The shoes were the biggest challenge because roman footwear is a bit more complicated than medieval footwear. All roman caligae and calcei have very thick soles with hobnails. Until last month, I had never worked with hobnails. It wasn’t too hard, though. As you can see, the shoes turned out great, and I’m pretty proud of myself.

Both pairs of shoes are made with a double sole. They have two layers of leather over a centimeter thick. The soles are glued, sewn, and nailed together with hobnails. These are by far the sturdiest soles I’ve made. Enjoy.