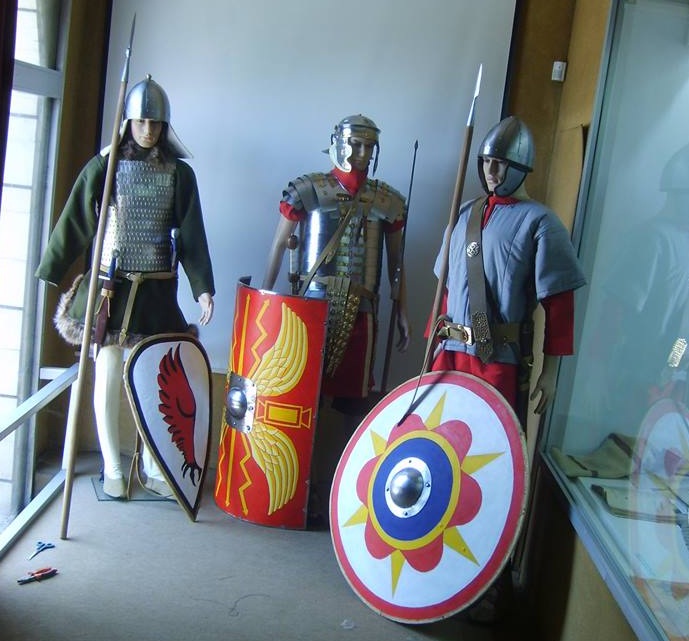 A year ago the local archaeological museum of Pernik, Bulgaria commissioned 3 full outfits for their exposition. As a member of “Chigot – medieval reenactments” I was given the task to make the clothing, footwear, and padded armors for the mannequins. 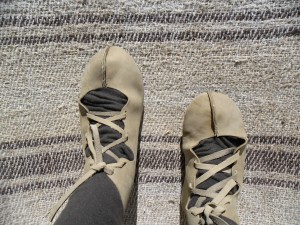 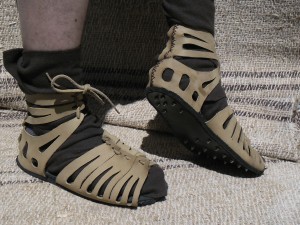 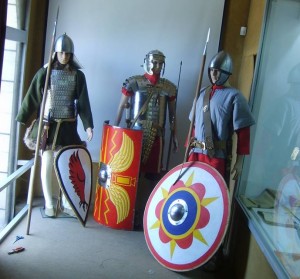 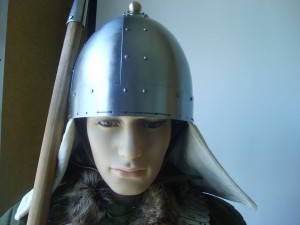 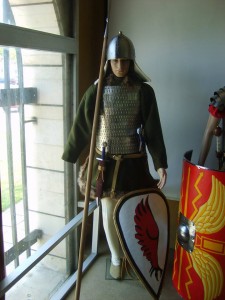 
The 3 outfits included: a classical roman legionnaire, a late roman legionnaire (5-6th century), and a 10-11th century Bulgarian soldier. The romans were pretty easy to reconstruct when it comes to clothing and footwear. The Bulgarian, however, took me some more time. That’s why I have decided to dedicate more attention to him in this article.

He is wearing a thick fur-lined kaftan,typical for the 10th century. The reconstruction is based on depictions from the “Menologion of Basil II” and the Skylitzes Chronicle – “Codex Græcus Matritensis Ioannis Skyllitzes”. The lamellar armor is based on find from Provadia, Pliska, and other places, and the helmet is based on 2 finds – 1 from Dobrich, and 1 from Asenovgrad. 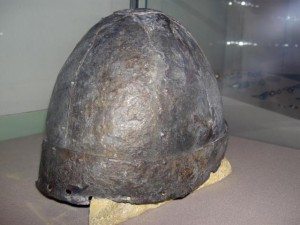 Bulgarians in the Chronicle of Skylitzes

Sorry for the bad quality of the reconstruction photos but we weren’t able to make a proper photo-shoot of the projects. Enjoy! 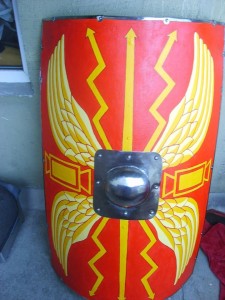 Shield of the Quinta Macedonica Legio 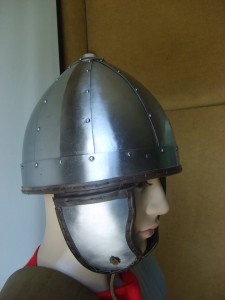 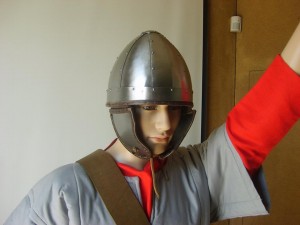 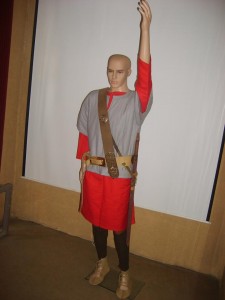 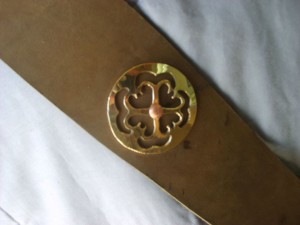 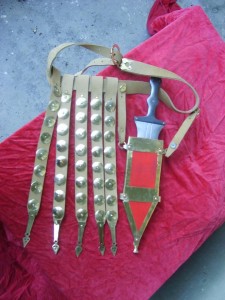 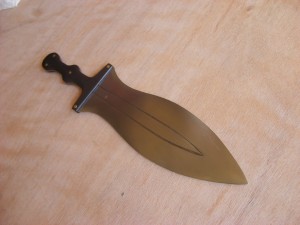 2 thoughts on “The Pernik Museum Reconstructions”