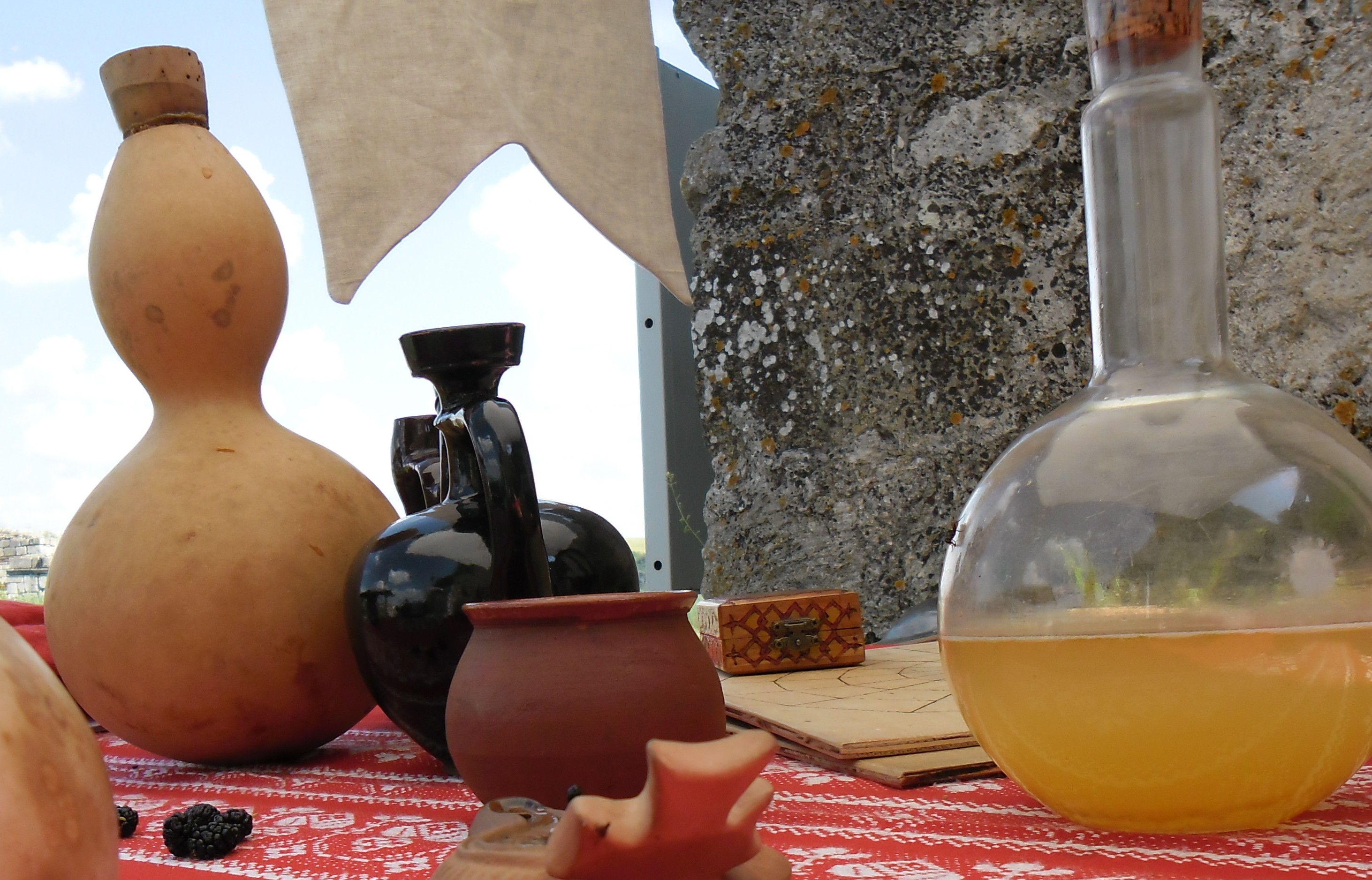 Well, it`s the time of the year when we usually brew something. This time it`s mead. We`ve had the honey ready and waiting for months. Last week I finally found the time to brew some “medovina” as we call it.

Don`t forget to take out the white foam.

This is not the first time me and Viktor have made this type of drink. I think this is our third year in brewing. We have learned the method from our friends from Modvs Vivendi medieval society. They’ve translated it from some authentic medieval books.

So, here is what we did…

Take 1 part honey and 4 parts water, and put them in a large pot. Usually, that means a jar of honey and four jars of water. Stir the honey up, until it dissolves in the water. After a while, you will notice that there is white foam forming on the surface. Use a large spoon, and get rid of it.

Half the mead that we have brewed was made according to a German recipe. It makes medieval mead taste more like modern beer because the recipe includes hops and sage. We’ve also added some lime-tree (Tilia).

The second part of the mead was experimental. We used fresh and dried apples, cinnamon, cloves, and some dried fruit peals from oranges and lemons. Once the water comes close to boiling, put the herbs in, and let them sit for a while. After that, take the pot off the fire, and let it cool. When it`s cool enough to put your finger in, take some mead and mix a tea spoon of yeast in it. (One tea spoon is enough per 5 liters of mead). Remove the herbs, and put in the yeast solution.

After a few minutes, pour the mead in a fermentation container. We use plastic bottles of mineral water with home-made fermentation taps.
The fermentation process usually takes a little more than a month. After that, you can put it in bottles. We usually don`t manage to save any mead for later because we tend to drink it very quickly. So, if you have a gang of viking friends, don’t bother bottling it.

Now, the mead is fermenting quietly near my bed in large plastic containers with fermentation taps so that no air comes in to contaminate it. Sometimes, I open the containers to check the brewing process and taste the mead. So far, it’s awesome!

The fruity mead turned red, while the herbal stayed yellow.

One thought on “Medieval Mead Brewing”