Hi guys,
I’m sorry for delaying the pictures from Moscow, but it was quite difficult getting back to reality. Everyone understands what we’re saying and no one wants to take pictures with us… it’s a harsh world we’re living in. 😀

First of all, the medieval festival was amazing! The best event we have had the pleasure of visiting so far and we are very thankful for that opportunity. Our group had to travel some 2000 miles from Bulgaria and our drivers had to sleep in shifts in order for us to travel without stopping. The country-side was kinda boring. From Bulgaria to Moscow, the whole landscape was pretty much the same. The nature, the streets and everything was very familiar. Once we made a stop in Odesa, however, we knew we were no longer anywhere familiar. The one thing that made our group of 7 men the biggest impression were the women – tall, blond, bright eyed, beauties everywhere! It was heaven on earth and we all thanked our fortune for that.

The medieval festival itself was perfectly planned and organized as most of the participants will agree. Only the food and the running water were a bit of an issue, but not a major problem for seasoned reenactors like ourselves and everybody else.

Personally I had a great time and made a lot of friends – Бляя! Пиздец! I participated in the 2v2 tournament as a squire and enjoyed the fights very much. Got into the melee too, but had an accident as I always do.

We have never talked about this, but it’s kind of a tradition for our group and especially me, to get injured. So i got scar number 8 on my face and i’m proud of it. It happened in the melee. I got a spear in the mouth. The lip is a bit cracked, and the teeth are a bit chipped, but nothing a good dentist can’t  fix.

The biggest win of the festival in my opinion was when me and Mihail (Misha) opened a photo parlor. We gathered a sack of clothes and started dressing people up for medieval photos. They had some nice pictures and we got to hug some extremely beautiful women. Not only did we get to hug hotties, they even left us tips for that. Anyway, good fun was had by all.

Love you guys, hope you enjoy the pictures 😉 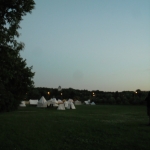 Sexy and knowing it 😀

Vasil posing as himself

just a quarter of the line for food 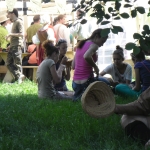 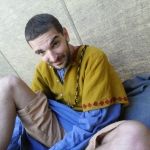 Ali being awesome and shit

not medieval but still romantic

the plague doctor… he was damn cool 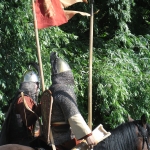 Medka found his twin brother from a different mother 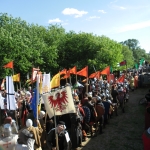 one sixth of the medieval procession 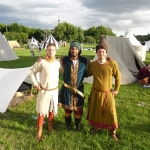 A latin, a saracen, a cuman… lovely 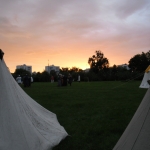 View from the templar camo on saturday 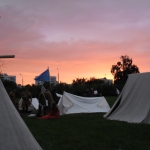 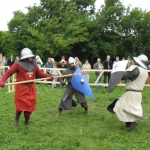 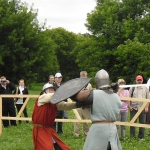 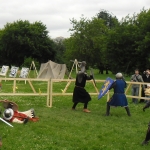 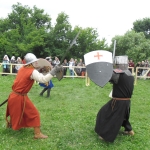 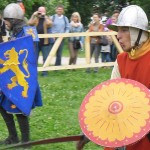 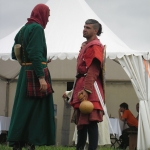 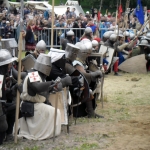 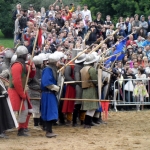 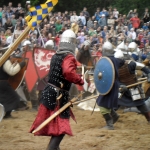 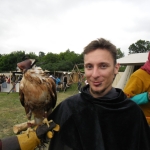 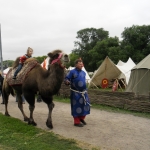 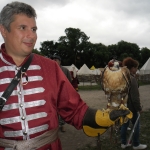 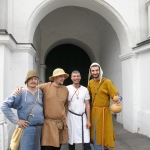 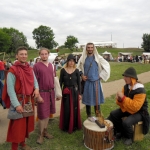 Posing in front of Bolshoi Theatre.

Medka and Mihail at inside the Kremlin

Byzantines in the Kremlin museum of archeology 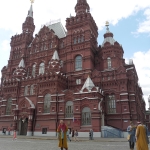 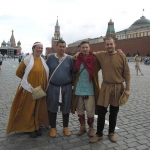 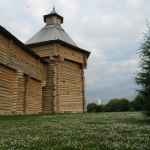