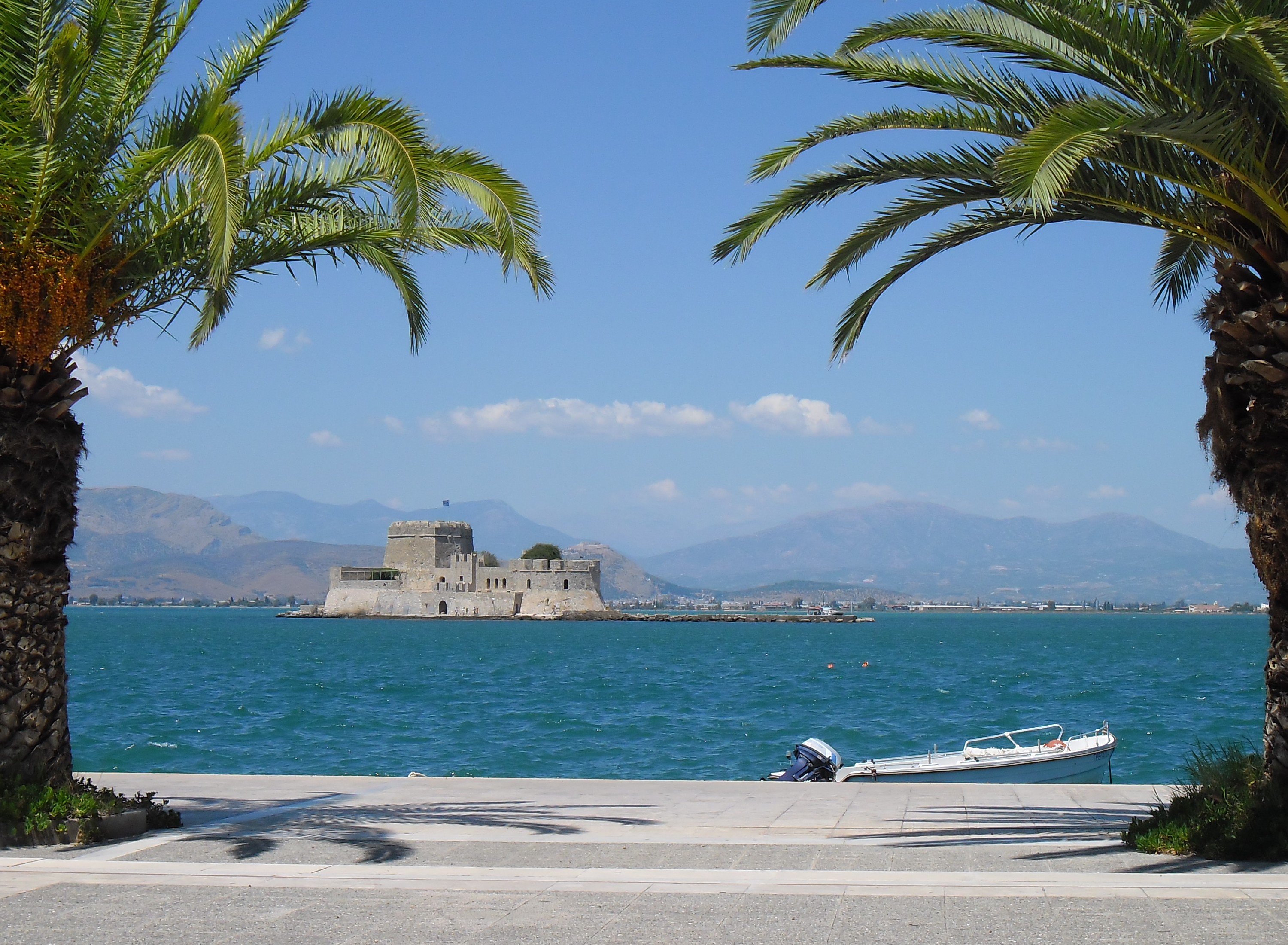 Last summer, I visited the town of Nafplio in southern Greece. During the early middle ages, the town was a small port. However, the town was captured during the fourth crusade by the naval forces of Naples and Venice. The crusade itself ended with the capture of Constantinople, so the Italians remained there a while longer. It was owned by the Aragonese, then by the republic of Venice, and lastly, by the Ottomans.

The city has three fortresses nowadays. One castle in the gulf of the sea. One on top of the hill overlooking the town, and one in town. Most of these keeps are built after the middle ages.

The Burg or the Bourtzi(it means”tower”) is the name of a small fortified castle in the middle of the gulf. It’s situated on a small island, and was built by the Venetians in 1473. After that, it was held by the Ottomans. The Greeks regained it in the 19th century. The fortress is fully preserved and very romantic.

The Castle of Palamidi

Overlooking the gulf is a high hill with a masterful castle on top of it. It was built by the Venetians somewhere between 1711 and 1714. That was during the time of their second occupation of the town. It was a large project that was finished very quickly. The fortress is incredibly well-protected on all sides. It’s surrounded by steep hills on all sides. Getting there requires climbing over a thousand steps which can be hard to do when you’re being shot at from the top. Probably that’s the reason why it’s still standing. The fortress was built to house cannons and artillery, so it’s a bit different from most medieval structures. There is also a smaller fortress in the foot of the hill under Palamidi. It was made to defend the entrance to Palamidi.

Well, the place is great for reenactments. The only problem is the castles were built a bit later than the medieval period. Otherwise, there are nice beaches surrounding the castles, great views, and friendly taverns. Also, the songs and sounds of the cicada insects can be pretty romantic. Nafplio is a great place, visit it if you can.