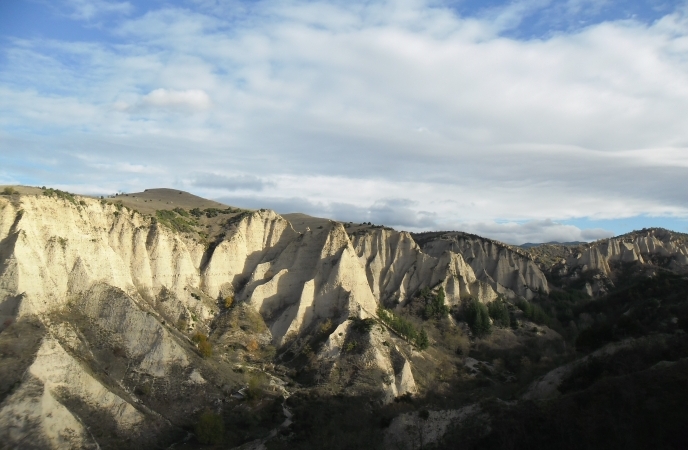 Melnik is the smallest town in Bulgaria. It has been the smallest for many years and our recent trip to that place made it clear why it can’t grow any further.

Melnik is situated in the farthest south-western part of Bulgaria, just a couple of kilometers north from the greek border. It’s one of the warmest and sunniest places in the country, which makes it perfect for growing vines and that’s what the city’s famous for – it’s lovely wine.

The whole area there is covered with high and steep sand hills. They can’t be climbed, or surrounded easily, which is why the city was built between two ridges on the banks of the only river near by. So, the whole town is in a small canyon. It looks simply fascinating! The whole city is composed of small two-storey traditional bulgarian houses, which are surrounded by ridiculously tiny mountains, which makes everything change in perspective. After a couple of days you start feeling like Gulliver in the land of the tiny people. 😀

On a hill overlooking the town stand the ruins of the supposed “Nobleman’s house”. It’s supposed to be the ruins of a 12th. century nobleman’s home, which has been rebuilt and expanded over the ages. After a quick inspection however, I am willing to bet my reputation that this was a lightly fortified citadel. It has a couple of layers of thin outer walls, two separate inpenetrable towers with an entrance between them. That entrance leads into a small closed off yard, surrounded by the walls of the citadel, leaving anyone who enters completely exposed to arrows and various projectiles. It’s simply the nobleman’s stronghold. 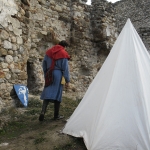 We made a small camp in the ruins of the keep 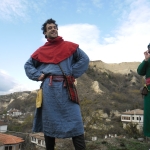 Sir Marten posing for his fans 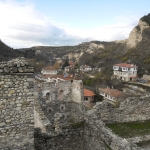 You can see the sandy canyon you are in

View from the top of the hill, you can see the fortress below

This is the surrounding area 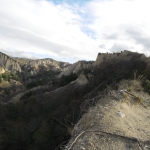 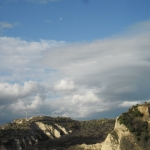 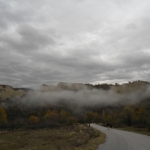 On our way to the medieval monastery of Rozhen 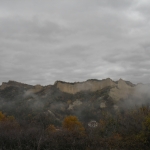